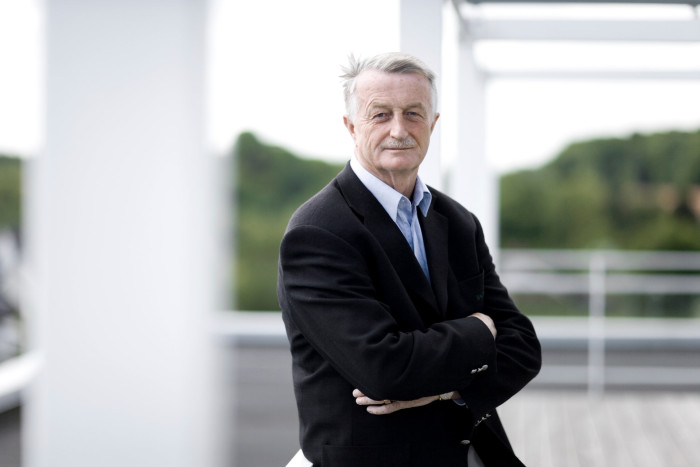 December 1st 2017 founder and owner Lars Larsen announced a record result for JYSK with a pre-tax profit for 2016/17 of 3.2 billion DKK.

But JYSK Group is not the only part of Lars Larsen Group creating growth, jobs and money.

Today Lars Larsen Group can announce a turnover in 2016/17 of 30 billion DKK and a pre-tax profit of 3.4 billion DKK, which is an increase of 20 percent compared with the previous financial year.

“I am very satisfied with the result. It proves that the investment made by Lars Larsen Group is beginning to pay off. I have always been patient, but after all I am a tradesman, so of course it is important to me that the earnings go up in the companies which are part of Lars Larsen Group,” says Lars Larsen.

JYSK Group is by far still the largest entity in Lars Larsen Group.

But the remaining part of the group, which includes companies within the areas of sale and production of furniture, golf, restaurants, car manufacturing and home decoration, has grown constantly, and had a combined turnover of 5 billion DKK in the financial year 2016/17.

The increase in turnover has been accompanied by a gradual increase in earnings, and Lars Larsen is satisfied that the companies within the group are generally developing as planned.

“It is no secret that a number of companies are still losing money. However it is more important for me that they are moving in the right direction. Looking at for example Letz Sushi we have invested a lot of money in developing a new and sustainable concept based on the use of certified fish, organic rice and so on. This means that the deficit is larger than the year before, but I have no doubt that our new concept is the right one in order to attract new customers. Another example is Garia, which has also invested heavily to create a healthy foundation for the future. I am happy to see that this has already been rewarded with a big agreement regarding delivery of electric vehicles for the Swedish part of POSTNORD,” says Lars Larsen.

He is also happy to see that the good development of Lars Larsen Group has so far continued in the current financial year.

“Our financial year runs from September 1st until August 31st, and looking at the first four months of the new financial year, the positive trend has continued,” says Lars Larsen.