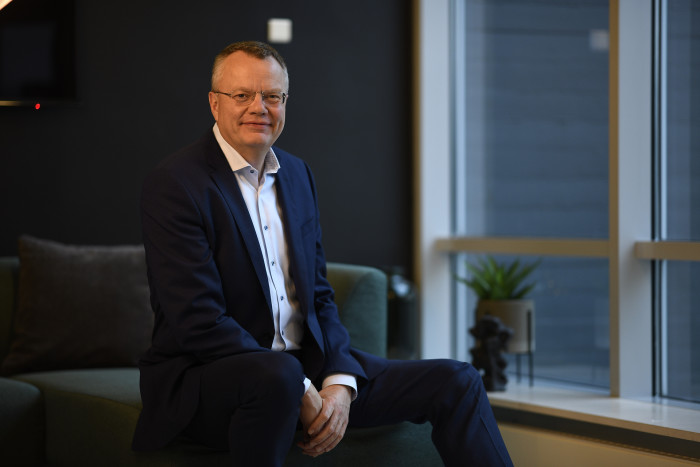 On 1 February 2020 Jesper Lund takes up his position as CEO at Lars Larsen Group. The group's turnover for the 2017/18 accounting year amounted to DKK 31.5 billion.

There will be a new man at the helm when 56-year-old Jesper Lund assumes the leading role in the Lars Larsen Group on 1 February 2020.

Lund's previous role was as a partner and co-owner of PwC Danmark.

The work afforded him an insight into the affairs of Lars Larsen Group. Its chairman Jacob Brunsborg is pleased that they have acquired not only a strong individual, but also someone who knows the company.

“I've known Jesper for some years and look forward to his becoming part of the concern, with responsibility for further developing its companies and the fortunes of Lars Larsen Group. Jesper will also take responsibility for continued simplification of the group's structure, which has over many years of growth and development become rather complicated," Brunsborg adds.

Humility in the face of the challenge

It is a job that Jesper Lund is happy to embrace.

“I've had the pleasure of working with the family and Lars Larsen Group for several years. I am looking forward very much to beginning as CEO on 1 February 2020. I will approach this task with respect for the many hard-working colleagues who have helped build Lars Larsen Group over the years. The most important thing in the first term will be to listen and learn from them,” Lund says.

He succeeds Hans Henrik Kjølby who has worked for Lars Larsen Group since 1987 and was made CEO in 2002.

Lund’s arrival does not mean that Kjølby will abandon the group altogether: he will continue to sit on the boards in several Lars Larsen Group companies.

“I’m particularly glad that we will benefit from Hans Henrik’s in-depth knowledge of Lars Larsen Group as a member of several boards,” says Brunsborg.

With Hans Henrik Kjølby as a board member and Jesper Lund as CEO the scene is set for continued evolution at Lars Larsen Group.

“I am very happy,” says Brunsborg, “that we can now unveil our plans for the structure of the group and that a talent like Jesper has joined the team. He is someone I know well and who shares the values of Lars Larsen Group. I’m entirely confident that we can carry Lars Larsen Group's positive development into the future,” he adds.