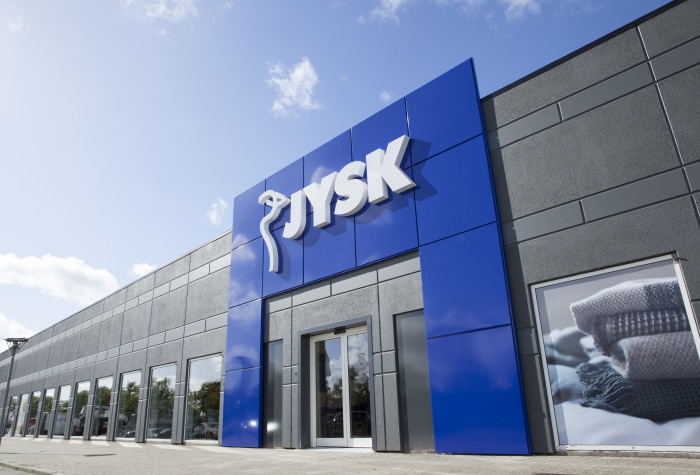 175 new stores and a large increase in customers meant that JYSK's total turnover in the last financial year grew to 3.794 billion EUR, while EBIT earnings landed at 436 million EUR.

The 40th anniversary, the opening of the first JYSK store in Ireland and the decision to merge the two business units JYSK Nordic and DÄNISCHES BETTENLAGER are just some of the significant events that have defined JYSK’s latest financial year.

A year in which JYSK also had to say goodbye to founder Lars Larsen.

"Looking back at the 2018/19 financial year, I can certainly say that it has been one of the most eventful years in JYSK's history, both for the good and for the worse," says President and CEO, Jan Bøgh.

He is pleased that the growth adventure, which Lars Larsen founded in 1979, is still developing positively, and that turnover increased by 6.3 percent to 3.794 billion EUR, while the EBIT result ended up 436 million EUR.

“It was expected that the result would be slightly lower than last year. This is due to, among other things, very large salary increases in Central and Eastern Europe, as well as significantly higher distribution costs both in relation to transport from warehouse to store and direct distribution to customers,” says Jan Bøgh and continues:

“At the same time, we have made very large investments. Both in terms of IT to ensure that JYSK is among the best when it comes to online shopping opportunities, and in the form of opening a new distribution centre in Bozhurishte in Bulgaria, the establishment of a record number of new stores and the opening of JYSK in Ireland.”

“The opening in Ireland was something very special. Both because it took place on 2 April on the 40th anniversary of JYSK's foundation, but also because Ireland was the last major market in Europe without JYSK stores. Unfortunately, the opening in Ireland also became the last country opening for our founder, whom we lost in August. The attention we received in connection with Lars Larsen's passing was touching and clearly showed how big an impression he made on Denmark,” says Jan Bøgh.

He also states that JYSK will continue to work tirelessly towards achieving Lars Larsen's vision of 5,000 stores worldwide.

Among other things, by ensuring the successful integration between the two business units JYSK Nordic and DÄNISCHES BETTENLAGER.

“It is a merger between two solid units with good results and talented employees. However, this does not change that it is a very big task, and both time and money has to be invested in the consolidation in the coming years. Among other things, we need to get our IT systems connected,” says Jan Bøgh.

However, he puts more focus on the fact that the merger offers many new opportunities.

“The countries under DÄNISCHES BETTENLAGER have been characterised by an assortment adapted for the German market. By offering customers in Italy, France and Spain even more Scandinavian design, we can hopefully improve the perception of JYSK and increase the pace of expansion in those countries,” says Jan Bøgh.

Despite the fact that JYSK lost its founder, Lars Larsen, on 19 August, investments are not being reduced.

“Our new chairman, Jacob Brunsborg, has for many years been part of all major decisions regarding JYSK. That is why Lars Larsen's passing has not meant that we change course or slow down,” says Jan Bøgh.