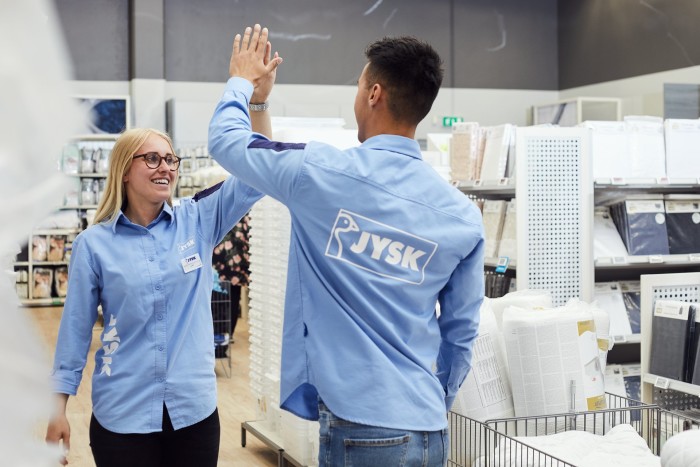 The growth continues in JYSK Group, which invests heavily in additional stores, an expanded distribution network and new e-commerce solutions.

With a turnover of 3.577 billion EUR and an EBIT result of 474 million EUR, JYSK Group reached new heights with another record year in 2017/18.

"It is very satisfying that we once again manage to break records in JYSK. This confirms that it is still the right strategy to invest in physical stores and continue to get closer to customers in all the countries where JYSK is present today," says Lars Larsen, founder and chairman of JYSK Group.

Lars Larsen emphasises the importance of the employees in JYSK.

"It is the employees who meet our customers every day, and without their great work, we would not be celebrating yet another record result. Therefore, they deserve a big thank you for their efforts," says Lars Larsen.

During the financial year, JYSK Group reached a significant milestone with the expansion to country number 50. It happened when a local franchise partner opened the first store in Dubai, part of the United Arab Emirates.

"It requires a huge setup to get all our products to so many stores in so many different countries, and the task has not become easier over the years as customers today expect to get their goods right away. Therefore, our new distribution centre in Sofia means a lot as we will be able to deliver much faster to stores and customers in the Balkan countries and Greece," says Lars Larsen.

Furthermore the preparations for the opening of the first stores in Ireland are well underway. Ireland is the last major country in Europe where JYSK does not yet have stores and Lars Larsen looks forward to participating in the opening.

"With the stores in Ireland, JYSK plants the last flag on the European map when it comes to larger markets. In recent years, we have seen positive sales growth in the UK, and we expect a lot from the Irish market. Not necessarily from day one, but with patience we will also be successful in Ireland," says Lars Larsen.

The opening in Ireland takes place on 2 April, which is on the 40th anniversary of Lars Larsen himself opening the world's first JYSK store in Denmark in 1979.