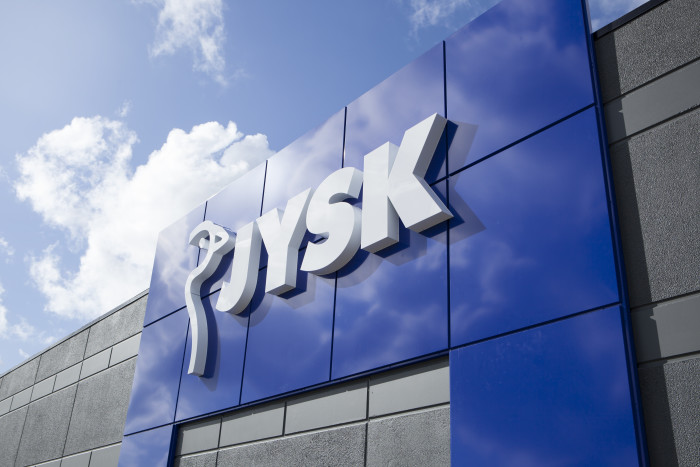 With an EBIT result of DKK 4.5 billion for the financial year 2020/21, JYSK has once again delivered a result at a historically high level.

Although 2020/21 presented many challenges for JYSK in the form of thousands of closed stores, the company once again managed to utilise the combination of physical stores and strong digital platforms to set a new record with a turnover of DKK 32.6 billion and an EBIT result of DKK 4.5 billion.

Thus, turnover increased by 7 percent, while the EBIT result was 21 percent higher than in 2019/20, which was also a record year for JYSK.

"It is a result that I am very pleased with. For JYSK as well as for other companies, it was a very challenging year because of the many restrictions we encountered around European countries. Therefore all JYSK employees can be very proud of the result,” says President & CEO of JYSK, Jan Bøgh.

However, the corona pandemic has affected JYSK very differently from country to country, and this can clearly be seen in the results.

“Our biggest market is Germany, where JYSK has almost 1,000 stores, and it was also one of the countries where the closure of non-food retail lasted the longest. This means that turnover in Germany decreased compared to the previous year. On the other hand, we have significantly increased turnover in Scandinavia, England, Ireland, Belgium and a number of countries in Eastern and Central Europe, and this has more than offset the decline in Germany,” says Jan Bøgh.

According to Jan Bøgh, this also means that some markets have a huge potential for growth in the current financial year, while other countries must prepare for the fact that it may be difficult to live up to the turnover from 2020/21.

“There is no doubt that in a number of countries we have benefited from the fact that customers generally focused on their housing and spent money on their home, which would normally have been spent on e.g. travel or experiences. This also means that in some countries we are up against so-called forward buying, where customers have bought furniture earlier than planned. These customers will probably not buy new garden furniture or a new bed again this year,” says Jan Bøgh and continues:

"Conversely, there are also countries where, due to closed stores, we sold less in the last financial year, which means that we have a good starting point for increasing turnover."

And JYSK has no plans to reduce investments or change the plans of having all stores updated to the newest store concept before the end of August 2024.

“We can see that our new store concept attracts more customers, and therefore we should of course continue our investments. The biggest challenge so far has been to get the necessary materials, both for rebuilding existing stores and establishing new ones. This is due to the global challenges with a lack of raw materials and logistics capacity. However, we have an expectation that this will improve in the coming years,” says Jan Bøgh.