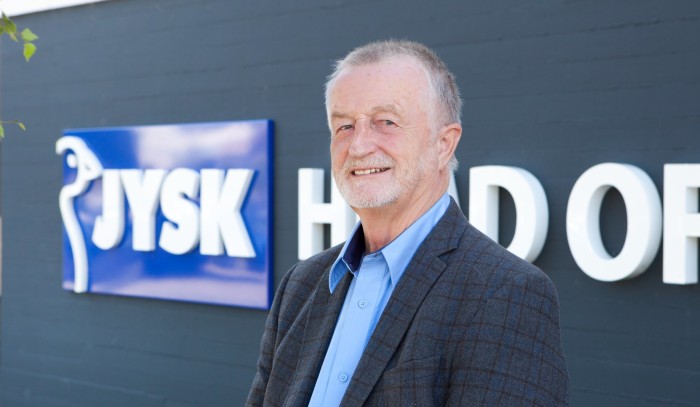 The latest financial year resulted in a new record for Lars Larsen Group with earnings before tax of 3.6 billion DKK.

With a turnover of 31.6 billion DKK and earnings before tax of 3.6 billion DKK, 2017/18 was another good year for Lars Larsen Group, which owns a number of companies within retail, B2B sales, restaurants and golf.

The earnings before tax was approx. 200 million DKK higher than the previous year, making it the best result ever for Lars Larsen Group.

“I am very pleased with the result. As in previous years, JYSK Group generates by far the biggest majority of the earnings, which has made it possible to invest heavily in other group companies,” says Lars Larsen.

He is satisfied that a number of the investments carried out in the later years has paid off by showing significantly improved results.

In that regard Lars Larsen highlights Garia, which is a company producing and selling golf carts throughout the world.

“The result in Garia has been improved by 25 million DKK, and the progress has continued in the current financial year. Also SengeSpecialisten has developed very well. After a number of years with losses, the result for 2017/18 was close to break even, and I expect the company to be profitable in 2018/19,” says Lars Larsen.

Patience is a virtue

However a number of companies within the group have been struggling, which has resulted in major changes in the structure of of IDdesign, which operates the furniture chains ILVA and IDEmøbler.

“We assessed that it was necessary to initiate a number of changes to strengthen the company in the long run. These have now been carried out, and I expect that the positive effects of these decisions will be visible in the coming years,” explains Lars Larsen.

Also the chain of restaurants Letz Sushi has made huge investments, which means that the result for 2017/18 was a loss of approx. 30 million DKK.

“I am well aware that some people think I am too patient with some of my investments. However my experience is that it is normally the best decision to hold on and not give up as soon as it gets tough. That is the spirit which JYSK and Lars Larsen Group have been founded upon, and earnings of 3.6 billion DKK in the latest financial year is at least for me proof that my way of running a business is not completely crazy,” says Lars Larsen.