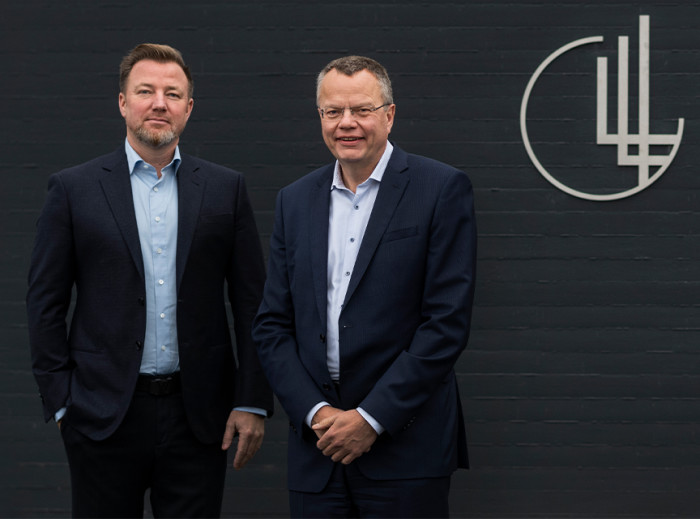 With a turnover of EUR 4.77 billion and a profit after tax of EUR 431 million, Lars Larsen Group set new records in the most recent financial year.

2019/20 was a good year for Lars Larsen Group, which today can present an annual result with record high revenue and earnings.

Similarly, profit after tax increased by EUR 34 million to EUR 431 million, corresponding to an increase of 8.6%.

"We are very pleased with the result. It comes after a year in which the corona pandemic had a big impact. This makes us even more pleased that the companies in Lars Larsen Group have generally seen a positive development,” says President & CEO of Lars Larsen Group, Jesper Lund, and continues:

“We want to thank all of the employees as well as the management teams in all the group’s companies for having handled an unusual situation so impressively. At the same time, the crisis has given us the opportunity to stress test the underlying business models, and we have become even more sure that they are built on a good and secure foundation.”

Lars Larsen Group consists of all the companies that are owned by the Brunsborg family, who are descendants of Lars Larsen.

All three areas have improved within the latest financial year.

This pleases Jesper Lund, who among other things notes that JYSK, ILVA, Bolia, Actona Company and SengeSpecialisten have achieved significantly better earnings.

In contrast, HimmerLand and Letz Sushi were challenged by operating in industries that have been hit hard by the governmental lockdowns.

"Naturally these companies have been significantly affected, just as everyone else in these industries. But despite these challenges, we have maintained all employees as well as our belief in the future,” says Jesper Lund.

Jesper Lund stepped into the role of President & CEO on 1 February 2020, and he is thus overall responsible for executing the new strategy for Lars Larsen Group and ensuring that all major decisions are in line with the family values.

Both in relation to daily operations and major investments.

“Over the years, Lars Larsen Group has built up a large amount of liquid cash, which must to a large extent be invested in long-term and sustainable projects. Among other things in solar and wind energy,” says Jesper Lund.

He emphasises, however, that the increased external investments should not be seen as a sign that Lars Larsen Group wants to invest less in the companies already owned by Lars Larsen Group.

"We have maintained the ambitious investment programme that was on the table before the pandemic hit, and Lars Larsen Group has during the last financial year made operating investments of more than EUR 215 million," says Jesper Lund.

The record profit also means that the companies in Lars Larsen Group have set aside a record amount for tax.

“Our owners see paying taxes as an important part of being a responsible company. It also means that we believe that we must pay our taxes in the countries where we earn the money,” says Jesper Lund.

Belief in the future

He hopes and expects that Lars Larsen Group will also deliver a good result in the current financial year, although due to the current circumstances it is historically difficult to predict.

“2020 and the beginning of 2021 have been affected very much by the coronavirus and the health and economic challenges in its wake. But that does not change the fact that we still have great faith in the future. Not least the need for green transformation means that we must continue to invest in sustainable projects that benefit both society and the bottom line of Lars Larsen Group,” says Jesper Lund.

He hopes that the current financial year will end with a result very similar to the result for 2019/20.