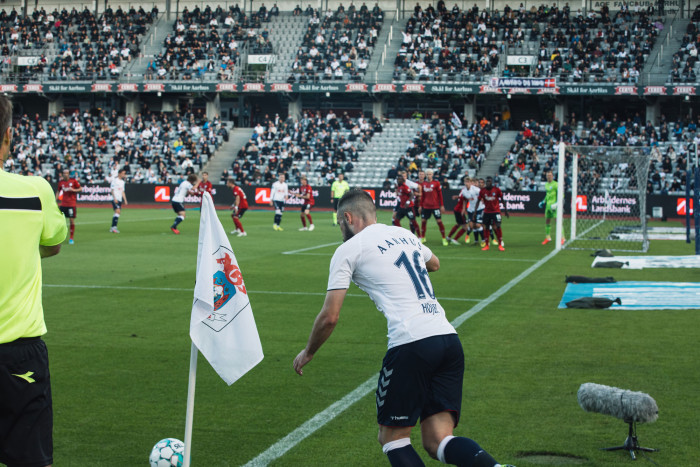 JYSK, ILVA, Bolia.com and SengeSpecialisten are names that most people associate with the family-owned Lars Larsen Group, which was founded by businessman Lars Larsen and owns and invests in a number of companies.

He sees AGF as a natural choice to raise the Group's awareness, as JYSK was founded in Aarhus back when Lars Larsen opened his first store in 1979.

In addition, both Lars Larsen Group and the majority of the companies in the group have their headquarters in Aarhus and the surrounding area.

"Lars Larsen Group employs a large number of people in Aarhus and our history is closely linked to the city. So I am very pleased with our new agreement, which will help support the city's biggest sports team and strengthen AGF's potential for success in the coming years," says Jesper Lund.

Naturally, AGF is also enthusiastic about the new collaboration, which will be celebrated for the first time today when AGF plays at home against Vejle Boldklub in the premiere of the Danish super league ('3F Superliga') season in Aarhus.

"We would like to extend a warm welcome to Lars Larsen Group and enter into the new partnership with great enthusiasm and commitment, but also with a humbleness and pride that a company with a reputation as big as Lars Larsen Group can now see the benefits of working with AGF. This underlines our strong affiliation with Aarhus and is yet another example of how AGF can offer exposure and experiences that are relevant and attractive – also for the major international companies based in Aarhus," says Jacob Nielsen, CEO of AGF.