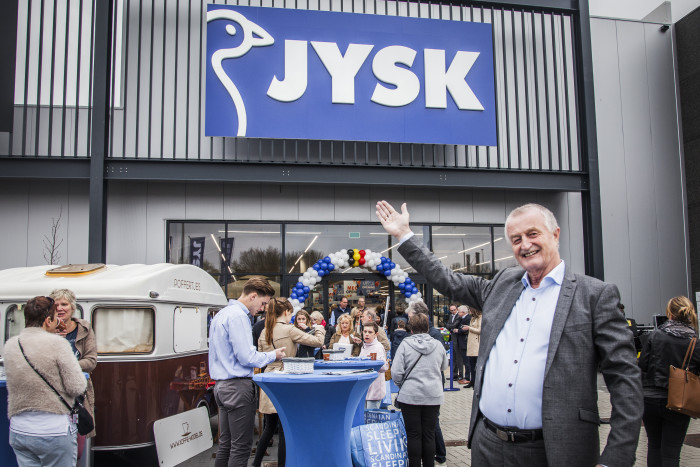 ”We have concluded that one big entity will be more competitive in a market which is generally characterised by fewer but bigger competitors,” explains Chairman Lars Larsen.

Current CEO & President of JYSK Nordic, Jan Bøgh, will be overall responsible for the new JYSK, and for the Executive Management Team, which will make decisions across the group.

”I believe that JYSK will be significantly strengthened by the decision to continue as one business unit, and I look very much forward to my new role. After having worked in JYSK Nordic in 24 years, with 20 years as CEO, I know that part of the business very well. Now I look forward to getting to know Dänisches Bettenlager equally well to ensure that the new business unit will be a combination of the best from both organisations,” says Jan Bøgh.

Concerning the current Management of Dänisches Bettenlager Director Aage Nielsen has agreed to temporarily become part of the new joint purchasing organisation, where he will contribute with his knowledge and experience before retiring as planned.

It has been decided that the new combined head office will be located in Brabrand near Aarhus, but that does not mean that Däniches Bettenlager´s head office in Handewitt in Germany will be closed.

”It is extremely important that we are able to keep the great employees from Dänisches Bettenlager, as they have a huge knowledge about the company and a lot of necessary competences. Basically this merger is not about reducing the current number of staff. It is about combining the best of two successful business units,” explains Jan Bøgh.

Within the coming weeks a number of working groups consisting of key employees from JYSK Nordic and Dänisches Bettenlager will be established to work on creating the future structure of the group on a more detailed level.