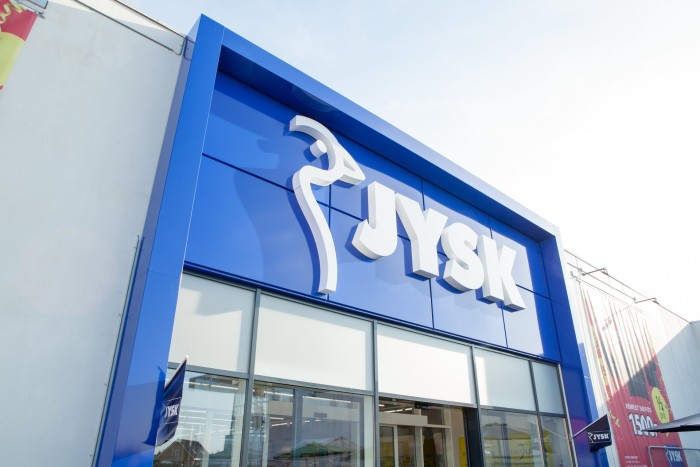 Despite a lot of challenges JYSK reached the highest turnover ever during the financial year 2019/20.

As has been the case for almost all companies, coronavirus and the efforts to handle the consequences has been a main focus area during the financial year 2019/20.

However, JYSK can still announce a record turnover of 4.1 billion EUR, which is 7.6 percent higher than in financial year 2018/19.

The number of customers is close to the same level as the year before despite the fact that a majority of JYSK’s stores were closed in March and April due to coronavirus.

”I am very satisfied that we despite the challenges have been able to increase turnover by 7.6 percent. It is a combination of good sales before coronavirus spread in Europe and Asia, and a significant increase in number of customers compared to previously, after we were allowed to reopen our stores,” says CEO & President of JYSK, Jan Bøgh.

Among other things, he sees the increased turnover as a result of many Europeans choosing to invest in their homes, as borders closed and many people prepared for a summer at home.

”I am sure that a lot of people spent the travel budget buying new furniture for their house and garden, which has of course had a positive effect on the sales for JYSK. Furthermore it has provided us with an opportunity to show even more customers what JYSK has to offer,” says Jan Bøgh.

Similarly to other companies, JYSK has also seen a significant increase in online sales. Especially in countries where most retail stores were closed for a longer period.

The result of financial year 2019/20 is expected to be ready within the next couple of months, and Jan Bøgh expects that it will develop in a positive direction.

”Coronavirus does mean that we have seen a lot of extra costs in a number of areas. On the other hand, it also means that we postponed planned investments, because a number of store activities could not be carried out. Therefore we have not rearranged or opened as many new stores as originally planned,” says Jan Bøgh.

With that in mind, he expects earnings to be satisfactory and further strengthen the ability of JYSK to invest more and regain a higher level of activity.

This means that while JYSK “just” opened 106 new stores in 2019/20, JYSK plans to speed up and open more than 150 new stores during the current financial year.

However, Jan Bøgh underlines that a consequence of coronavirus can very well be that the challenges in the current financial year will be even bigger than in the previous year.

“As European governments have supported jobs and economy, a lot of companies have not met the real economic consequences of coronavirus during the previous financial year. I expect that this will affect a lot of companies in 2021, and if unemployment increases significantly, this also affect JYSK,” says Jan Bøgh.

However, he also looks to the fact that JYSK generally has proven to be a very robust company during economic crisis, as JYSK is well known as a great offer.